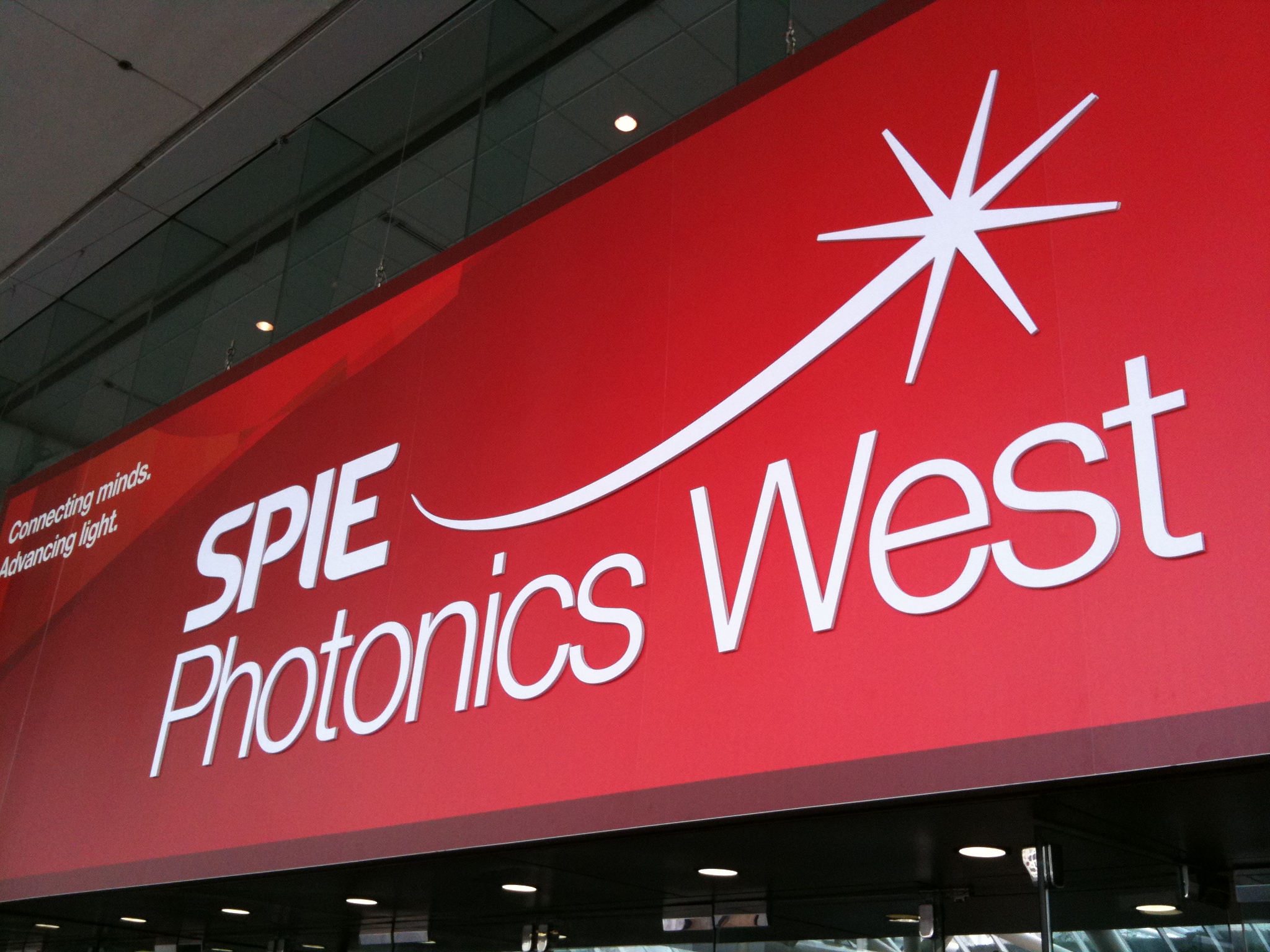 I enjoyed the opportunity to attend the Photonics West 2010 exhibit in San Francisco last week. This year was quite successful for the event. After being held in San Jose for many years, the show moved to San Francisco’s Moscone Center. This relocation made it possible for more companies to comfortably exhibit. It was also a pleasant experience spending time in a more modern facility and the great city of San Francisco with its wealth of hotels, shops and restaurants. There were 1,147 exhibitors at the main show and 178 at the BiOS pre-meeting. Attendance for the event was also up with 18,327 people attending. Also impressive was the fact that over 200 products were launched at the show. 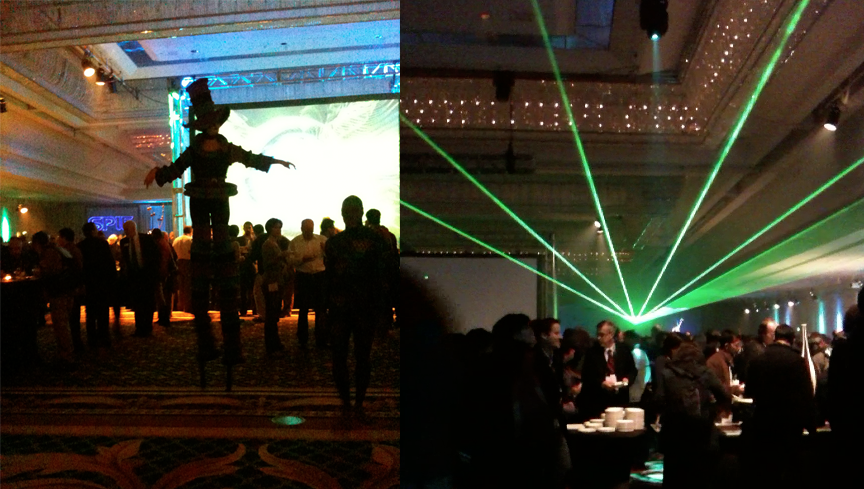 After a successful BiOS meeting over the weekend, the Cirque du Lasaire opening reception kicked off the main event on Monday night. It was an unexpected mashup of cirque meets laser light show meets clips of the laser scene from Goldfinger. I especially enjoyed the guy on stilts dressed like a tree. He reminded me of an Ent from Lord of the Rings.

A nice exhibit “Advancing the Laser: 50 Years and Into the Future” was on display throughout the event. It was educational and amusing with a collection of larger-than-life (well at least larger-than-me) historic lasers. 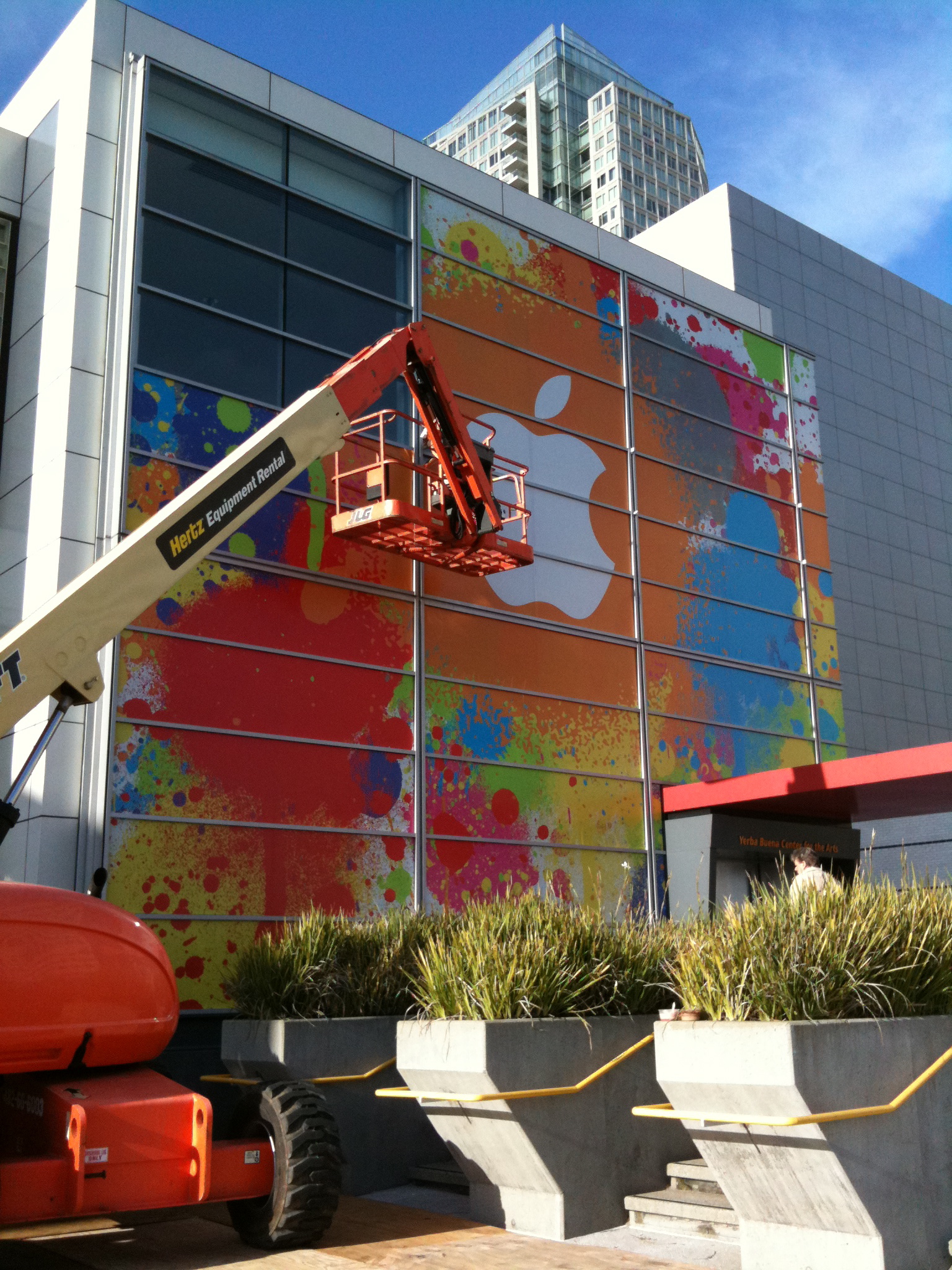 A nice side show took place on Wednesday. While the show was underway, Steve Jobs was next door at Yerba Buena Center for the Arts announcing Apple’s new iPad. With a decorated building and a flurry of media, excitement was in the air.

The successful show wrapped up after another day of exhibits on Thursday. I’m already looking forward to next year. See you in 2011, San Francisco!

We use cookies on our website to give you the most relevant experience by remembering your preferences and repeat visits. By clicking “Accept”, you consent to the use of ALL the cookies.
Cookie settingsACCEPT
Manage consent

This website uses cookies to improve your experience while you navigate through the website. Out of these, the cookies that are categorized as necessary are stored on your browser as they are essential for the working of basic functionalities of the website. We also use third-party cookies that help us analyze and understand how you use this website. These cookies will be stored in your browser only with your consent. You also have the option to opt-out of these cookies. But opting out of some of these cookies may affect your browsing experience.
Necessary Always Enabled
Necessary cookies are absolutely essential for the website to function properly. This category only includes cookies that ensures basic functionalities and security features of the website. These cookies do not store any personal information.
Non-necessary
Any cookies that may not be particularly necessary for the website to function and is used specifically to collect user personal data via analytics, ads, other embedded contents are termed as non-necessary cookies. It is mandatory to procure user consent prior to running these cookies on your website.
SAVE & ACCEPT